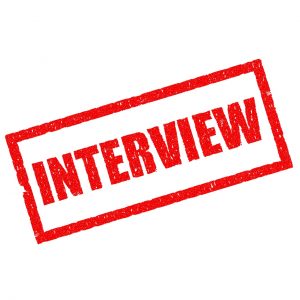 Money, or lack thereof, is a major concern in the world of philanthropy. The funding process is a challenging and exhausting experience, even soul-crushing. Securing financial support for a charity or development project can decide about life and death. Even if you successfully accomplish the task and gather enough money, another urgent cause will emerge soon after. It is a never-ending battle. The budget and good will of generous donors have a limit, though.

I pitched the idea that the philanthropic sector should adapt to the ways of the entertainment industry by producing and selling movies, video games and books. They are huge moneymakers. Money that could be used to finance development programmes.

I have asked several organisations for their opinion on this matter. Three of them were kind enough to answer my questions:

This interview has been edited for content and clarity.

ReadingSaves: What is your opinion about the partnership between the entertainment industry and your organization?

Mang: Partnerships with the entertainment industry have helped to raise awareness as well as funds for UNICEF. Fame has some clear benefits in certain roles with UNICEF. Celebrities attract attention, so they are in a position to focus the world’s eyes on the needs of children, both in their own countries and by visiting field projects and emergency programs abroad. They can make direct representations to those with the power to effect change. They can use their talents and fame to fundraise and advocate for children and support UNICEF’s mission to ensure every child’s right to health, education, equality and protection.

Marecek: Cooperation with celebrities can definitely raise awareness for certain causes. The Red Cross Red Crescent Movement and many other organisations carry out campaigns with celebrities.

Carretero: At Greenpeace, we have a strong history of working with Key Influencers and have seen time and time again the positive impact they have had on our campaigns and projects. They have helped us to access new channels and platforms, reach new audiences, and have given us the opportunity to test and try a range of innovative projects that otherwise might not be possible.

Key Influencers also strengthen the people-powered campaigning that we do. Their support can have a significant impact on mobilization (for example, boosting petition signatures), which can have a considerable effect on our campaign outcomes. They also help to increase public awareness, typically through attracting major media attention to a campaign or action. Celebrities and influencers can also have major impacts on our fundraising, particularly through making appeals to our supporter bases or even through contributing personally. They can be wonderful incentives for our supporters to purchase tickets to our events, and can introduce us to influential networks of their own, which can help us both programmatically and financially.

Key influencers also help us to influence big decision-making bodies – whether that be world leaders, governments, CEO’s of companies, etc. They can make groups like Greenpeace more relevant, and help to validate the work that we do. They also share our stories and act as a familiar voice that helps to build trust and bring in a range of new audiences. We are incredibly grateful for the influencers we work with and the multitude of others who are supporting charities, as they are using their platform to create real change at a time when it is needed most. They have a very unique ability to really engage people in a deep and meaningful way, and we are so appreciative for what they do.

ReadingSaves: Do you think selling entertainment products (books, movies, video games) could help your cause?

Marecek: The Red Cross is open to cooperate with many industry sectors. Of course partnerships between the entertainment sector and humanitarians have the possible potential to be fruitful. The core competence of humanitarians is to deliver aid to those in need. I think that should be the contribution of the humanitarian sector – also in cooperations with the entertainment industry.

Carretero: While selling products such as video games, movies, toys, etc. can be a great business model for some groups, Greenpeace typically avoids mass production of products, as we believe that there is already enough ’stuff‘ being produced in the world today. We try to incorporate Key Influencers into our story, into our campaigns, and into the every day work we are doing to protect the planet. We have typically avoided selling items or manufacturing products to further engage with influencers or the entertainment industry, but understand that it may work for other organizations.